The Department of Homeland Security (DHS) is urging states and localities to beef up security around proprietary devices that connect to the Emergency Alert System — a national public warning system used to deliver important emergency information, such as severe weather and AMBER alerts. The DHS warning came in advance of a workshop to be held this weekend at the DEFCON security conference in Las Vegas, where a security researcher is slated to demonstrate multiple weaknesses in the nationwide alert system.

A Digital Alert Systems EAS encoder/decoder that Pyle said he acquired off eBay in 2019. It had the username and password for the system printed on the machine.

The DHS warning was prompted by security researcher Ken Pyle, a partner at security firm Cybir. Pyle said he started acquiring old EAS equipment off of eBay in 2019, and that he quickly identified a number of serious security vulnerabilities in a device that is broadly used by states and localities to encode and decode EAS alert signals.

“I found all kinds of problems back then, and reported it to the DHS, FBI and the manufacturer,” Pyle said in an interview with KrebsOnSecurity. “But nothing ever happened. I decided I wasn’t going to tell anyone about it yet because I wanted to give people time to fix it.”

Pyle said he took up the research again in earnest after an angry mob stormed the U.S. Capitol on Jan. 6, 2021.

“I was sitting there thinking, ‘Holy shit, someone could start a civil war with this thing,”’ Pyle recalled. “I went back to see if this was still a problem, and it turns out it’s still a very big problem. So I decided that unless someone actually makes this public and talks about it, clearly nothing is going to be done about it.”

The EAS encoder/decoder devices Pyle acquired were made by Lyndonville, NY-based Digital Alert Systems (formerly Monroe Electronics, Inc.), which issued a security advisory this month saying it released patches in 2019 to fix the flaws reported by Pyle, but that some customers are still running outdated versions of the device’s firmware. That may be because the patches were included in version 4 of the firmware for the EAS devices, and many older models apparently do not support the new software.

“The vulnerabilities identified present a potentially serious risk, and we believe both were addressed in software updates issued beginning Oct 2019,” EAS said in a written statement. “We also provided attribution for the researcher’s responsible disclosure, allowing us to rectify the matters before making any public statements. We are aware that some users have not taken corrective actions and updated their software and should immediately take action to update the latest software version to ensure they are not at risk. Anything lower than version 4.1 should be updated immediately. On July 20, 2022, the researcher referred to other potential issues, and we trust the researcher will provide more detail. We will evaluate and work to issue any necessary mitigations as quickly as possible.”

But Pyle said a great many EAS stakeholders are still ignoring basic advice from the manufacturer, such as changing default passwords and placing the devices behind a firewall, not directly exposing them to the Internet, and restricting access only to trusted hosts and networks. 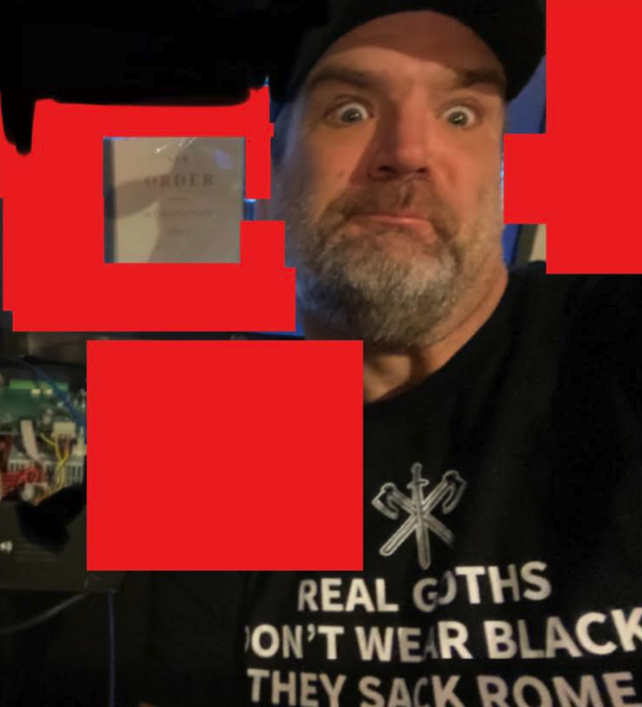 Pyle, in a selfie that is heavily redacted because the EAS device behind him had its user credentials printed on the lid.

Pyle said the biggest threat to the security of the EAS is that an attacker would only need to compromise a single EAS station to send out alerts locally that can be picked up by other EAS systems and retransmitted across the nation.

“The process for alerts is automated in most cases, hence, obtaining access to a device will allow you to pivot around,” he said. “There’s no centralized control of the EAS because these devices are designed such that someone locally can issue an alert, but there’s no central control over whether I am the one person who can send or whatever. If you are a local operator, you can send out nationwide alerts. That’s how easy it is to do this.”

One of the Digital Alert Systems devices Pyle sourced from an electronics recycler earlier this year was non-functioning, but whoever discarded it neglected to wipe the hard drive embedded in the machine. Pyle soon discovered the device contained the private cryptographic keys and other credentials needed to send alerts through Comcast, the nation’s third-largest cable company.

“I can issue and create my own alert here, which has all the valid checks or whatever for being a real alert station,” Pyle said in an interview earlier this month. “I can create a message that will start propagating through the EAS.”

Comcast told KrebsOnSecurity that “a third-party device used to deliver EAS alerts was lost in transit by a trusted shipping provider between two Comcast locations and subsequently obtained by a cybersecurity researcher.

“We’ve conducted a thorough investigation of this matter and have determined that no customer data, and no sensitive Comcast data, were compromised,” Comcast spokesperson David McGuire said.

The company said it also confirmed that the information included on the device can no longer be used to send false messages to Comcast customers or used to compromise devices within Comcast’s network, including EAS devices.

“We are taking steps to further ensure secure transfer of such devices going forward,” McGuire said. “Separately, we have conducted a thorough audit of all EAS devices on our network and confirmed that they are updated with currently available patches and are therefore not vulnerable to recently reported security issues. We’re grateful for the responsible disclosure and to the security research community for continuing to engage and share information with our teams to make our products and technologies ever more secure. Mr. Pyle informed us promptly of his research and worked with us as we took steps to validate his findings and ensure the security of our systems.” 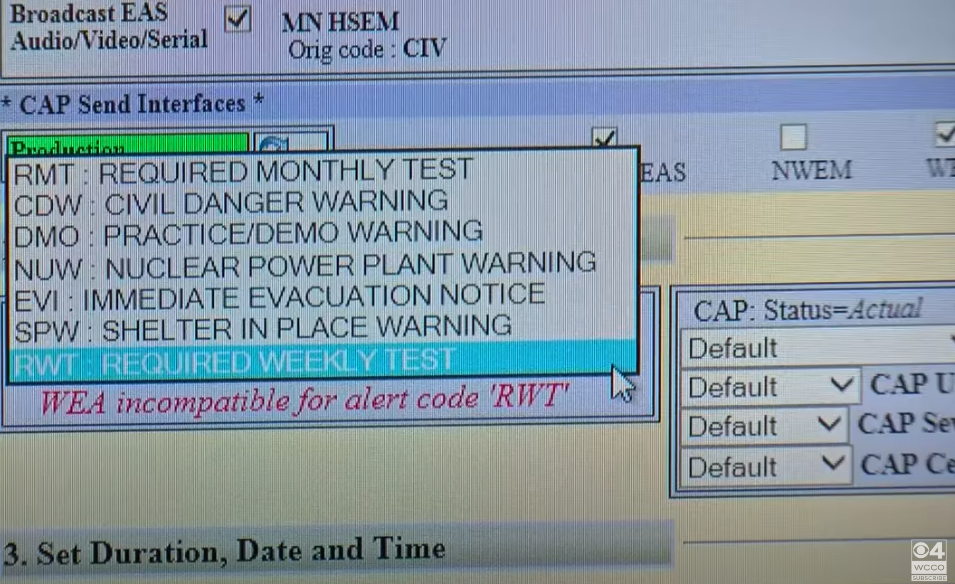 The user interface for an EAS device.

Unauthorized EAS broadcast alerts have happened enough that there is a chronicle of EAS compromises over at fandom.com. Thankfully, most of these incidents have involved fairly obvious hoaxes.

According to the EAS wiki, in February 2013, hackers broke into the EAS networks in Great Falls, Mt. and Marquette, Mich. to broadcast an alert that zombies had risen from their graves in several counties. In Feb. 2017, an EAS station in Indiana also was hacked, with the intruders playing the same “zombies and dead bodies” audio from the 2013 incidents.

“On February 20 and February 21, 2020, Wave Broadband’s EASyCAP equipment was hacked due to the equipment’s default password not being changed,” the Wiki states. “Four alerts were broadcasted, two of which consisted of a Radiological Hazard Warning and a Required Monthly Test playing parts of the Hip Hop song Hot by artist Young Thug.”

In January 2018, Hawaii sent out an alert to cell phones, televisions and radios, warning everyone in the state that a missile was headed their way. It took 38 minutes for Hawaii to let people know the alert was a misfire, and that a draft alert was inadvertently sent. The news video clip below about the 2018 event in Hawaii does a good job of walking through how the EAS works.